The pace of growth in my life over the last two years has been nothing short of extraordinary. I’ve been able to build a strong foundation based on my values and growth in every area of my life. After following an almost unbelievable trajectory of transformation, I recently found myself at an inflexion point.

To continue to move forward, I had to make a set of hard decisions. Moving forward would involve me eliminating entire career paths from my life so that I could direct more of my energy towards the work I felt pulled towards as opposed to work that I had to push myself to do.

While this seems logical, I found it extremely hard to go through with, especially in the fields I knew I could contribute meaningfully to. What helped me move forward was digging deep and being honest with myself about what each path meant to me and why I felt that it was a possibility. The process revealed some meaningful answers, and I let go of options that were going nowhere but landed up occupying big chunks of my time and mind space. I had a newfound sense of freedom, and I experienced a powerful drive to move forward, and that is precisely what I did.

It was also around this time that I started to feel the need for a local tribe or community. I had spent the last few years travelling the globe, making connections, but repeated in-person interactions continued to pose a challenge. Enter LifePlugin Summit.

LifePlugin Summit is a three-day gathering of individuals committed to personal growth at their own capacities. It takes place in multiple locations across India and has a ton of people from my home city of Mumbai in attendance. The event aims to act as an enabler by bringing together speakers, authors, trainers and participants that can co-create a space for individually transformative experiences in a community setting.

I wasn’t sure what to expect, and so I kept my expectations low and signed up for the event. Before I knew it, it was already October, and I was making my way to Goa. From the moment I arrived at the airport, I began making connections with other participants and very quickly, I felt glad to be a part of the event, even before it had officially started.

The LifePlugin tribe was very welcoming, and I had some really great interactions with new and long-time members. Without much difficulty, I was able to connect deeply with some of the people there. Before I knew it, we were having detailed discussions on philosophy, personal growth, spirituality and financial independence.

During one of these conversations, an individual asked me if I would be open to coaching her. I was pleasantly surprised. Up until that point, we had only discussed a chronological timeline of primary occupation. I had not mentioned anything about being a coach or a business consultant.

This was not the first time this had happened. In fact, my entire foray into coaching and consulting until then had been driven by request. I never felt the need to approach anyone. This made me think. I still wanted it to be this way, but now that I had freed up more of my time and energy from other prospective paths, I could now take on more coaching work.

I knew I needed to consolidate even further. It would make it easier for people to get a snapshot of the things I did. Throughout the summit and also after it ended, I took out time to do that. I combined the fields of coaching and business consulting to create framework coaching. It represented me much better than before. I help build frameworks of thought and action for individuals and businesses that allow them to solve problems and evolve. It is precisely what I am good at.

I have consulted, taught and trained in a range of capacities over the years, and yet for some reason, I had never felt better represented than I did at that moment. The best part, I had around me a bunch of people who I could share this accomplishment with.

The three days of the summit and the two additional days with the LifePlugin tribe passed in a jiffy. I still don’t know how the time went by so quickly. I made new connections, strengthened old ones, and I left feeling energised and excited.

I got back to Mumbai and built on the clarity and consolidation of my vocation and purpose. I have been able to apply the insights from the process to other areas of my life as well. It has been a truly transformative process, and I am grateful for the opportunity it has brought into my life. 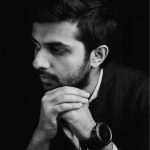 Krishna Bahirwani is an accomplished journalist and technology evangelist offering a solid background in communication and writing. He was responsible for the creation of dna of technology, a weekly page in the dna newspaper that was printed in three cities across India. His writing has also been featured on TechRadar, The Free Press Journal, The Juice, Shubh Yatra and The Huffington Post, amongst others.

The time where I faced my fear of flying on a trip to Bali, Indonesia